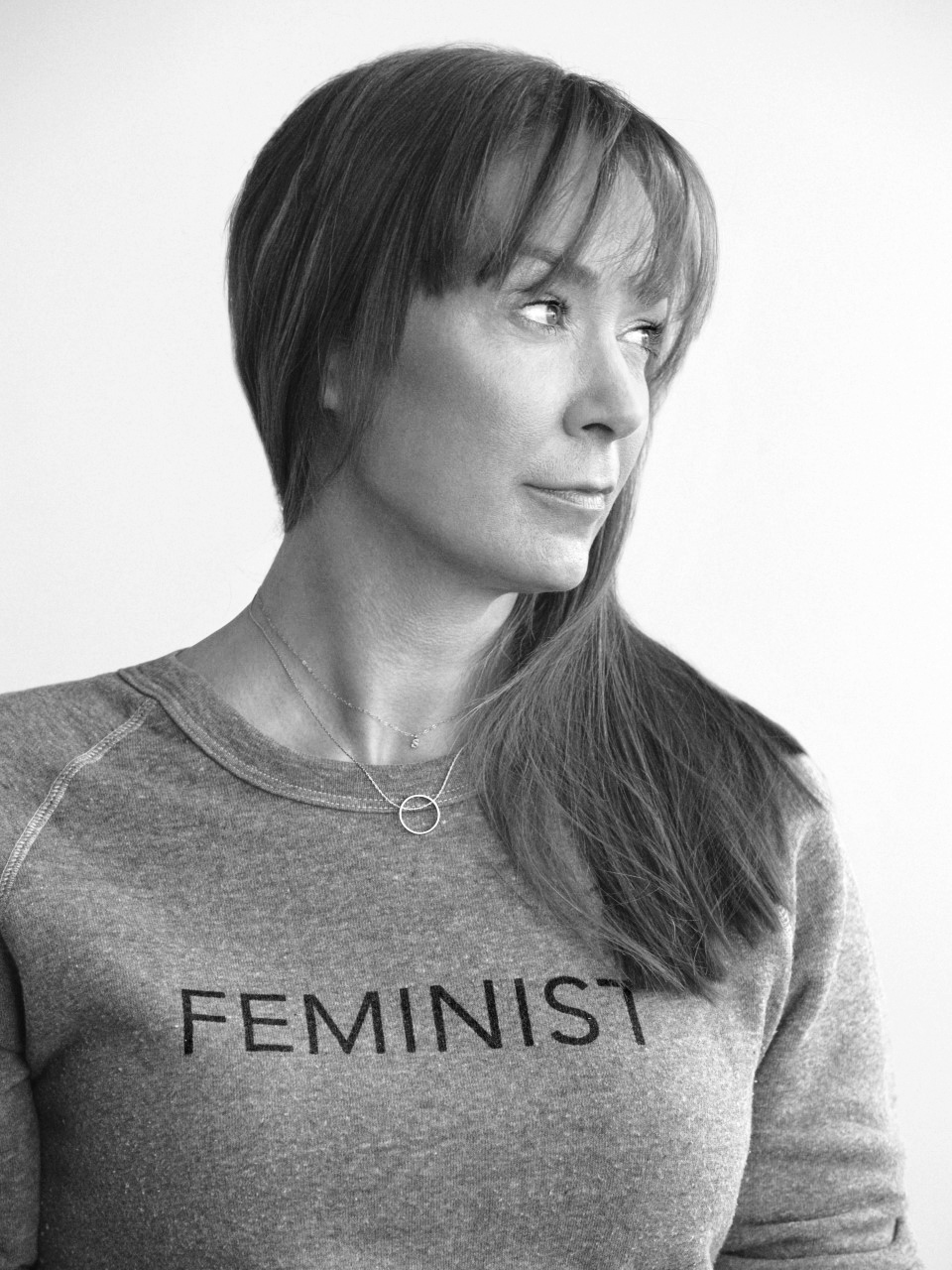 Known for her roles in Homeland, House of Cards and The Meyerowitz Stories, Elizabeth Marvel now stars in the upcoming Marvel show Helstrom. We talk to Elizabeth about playing the iconic Victoria Helstrom, life and other projects she has coming out this year.

How am I? Well, my family and I are safe and well so, I'm grateful. I've never believed in linear time, so as the Grateful Dead say, "such a long, long time to be gone and a short time to be there."

You’ve got a number of projects lined up to be released this and next year, one of them being Helstrom. The Helstrom trailer is already creating quite a buzz online. How is it to be part of a universe that has so many fans wait in anticipation for every film and tv release?

Right now I am on a farm far, far away so I haven't experienced the anticipation/response yet. I am a Luddite, I do not do social media so I'm a little outside of it all but I am so psyched that people are excited about it.

Were you into the Marvel universe? And were you familiar with Helstrom?

I don't think it gets any cooler than being in the Marvel universe. I love it. My 14 year old son Silas is over the moon. As a part of Marvel, to join the ranks of actors like Angela Bassett and the brilliant Chadwick Boseman is an honor. I wanted to mention Mr Boseman in light of his recent passing and because Black Panther is the best of this form in my opinion. I'm a little obsessed with the Black Panther universe. Helstrom is a comic I was aware of, Son of Satan, because of my son's knowledge and love of the Marvel universe.

So tell us about Victoria Helstrom. She’s quite the character!

Victoria Helstrom is the Mother of all mothers! Talk about conflicted! Poor Damon never had a chance to work through that mother complex! I don't want to unpack Victoria too much because I want the audience to experience her without a preconception. Let's just say, she's a mom who loves her kids to pieces!

Did you have any liberties with your interpretation of the character or is it pretty close to the comic book character?

I was given a lot of license with creating the character. They really let me loose in the candy shop. It's all taken directly from the comic and filtered through my crazy brain.

The trailer gives us a peak of what is to come and it’s a definitely a different tone from what we’ve seen so far from Marvel. In fact, the trailer was quite chilling! How did you prepare for the role?

I prepared for this role by watching actors like Isabel Adjani in Possession, Anthony Hopkins as Hannibal Lecter and Jun Kunimura in The Wailing. I stole from all of them as much as I could. And then I watched the news and screamed into a pillow for the voice.

Is it different from preparing for other roles and if so, how?

My process was the same preparing for this role as others. I'm like a carpenter — I have a skill set and tools and I use them to work on whatever I've been hired to build.

Is your son Silas impressed at all with you being part of the MCU? How about your husband Bill?

My husband and son love that I am a part of the MCU, they see how happy I am and how much fun I'm having and it makes them happy too.

Next up, you star with Tom Hanks in News of the world, a western based on the 2016 novel by Paulette Jiles. How was working with Tom Hanks? Tom Hanks is said to be the nicest guy in Hollywood. Can you confirm that?

Well, Mr Hanks is what's best about actors. He's a composite of everything I love and respect about a good actor. He shows up on time, knows his words, treats everyone the same and everyone with respect and has wicked awesome stories. I have a great wish that our creative paths cross again.

You also star in the film With/In, an anthology film set during the Covid-19 pandemic. Your segment “In the Air” was written and directed by you and your husbandBill Camp and stars the both of you and your son Silas. Can you tell us something about it? How did your story come about?

The short film I made with my husband and son was an amazing experience. It's like building IKEA furniture with your partner — it tests your generosity and patience and if you don't kill each other in the process of making the thing, you're left with something useful. Our piece is about falling silent. When the pandemic hit, words fell away.

How did you fare under the lockdown measures of the Covid-19 pandemic? Was it difficult to stay in or was it a welcome break from everything?

We fared well during the lock down. I had been away for 7 months in Vancouver filming and didn't get to see my family much because our son was applying to high school and in NYC that is like applying to grad school. I worked up until March 15 . The day I flew home, they picked me up and we drove to family and farm.

We’ve got some rapid fire questions for you. You can answer with what comes to mind first.

What childhood memory do you revisit often?

The childhood memory I revisit often was the night of an early Christmas party my parents threw in 1979 on December 15. The grownups were drunk and I snuck into my parents bedroom where there was a tv. It was late and I turned it on and there was Klaus Nomi, Joey Arias and David Bowie performing The Man Who Sold The World. I was vibrating with excitement and joy. I was 9 years old and I think it was the first time in my life that I dropped my shoulders and took a deep breath. I saw that there were others like me.

Who has had a significant influence in your life?

My husband, Bill Camp has had a significant influence in my life. We first met when I was 15. We have walked next to each other our entire adult life and have been mostly in constant conversation. I am often surprised and always curious about what he's thinking and working on.

How do you like your eggs in the morning?

Who would you trade places with, if only for a day?

I would trade places with Ruth Bader Ginsburg only for a day. It must feel righteous to be so dedicated and to have a mind like a legal Shakespeare.

What is the best advice anyone has ever given you?

The best advice I have been given is- put down the bat and pick up a feather in relation to myself. Also- impermanence.

What is your favourite place to travel to and why?

Right now I'm in love with southern Japan because that is the last trip we took and we loved it. But honestly, we love to travel. We have yet to travel somewhere we don't like. We love Cleveland, Johannesburg, Kyoto, Santa Fe. The world is extraordinary

What is your favourite film?

Something embarrassing that happened recently?

What is going to be the outcome of the US elections in November?

Biden will win. Turnout will be historic. The current occupant of the Office will hermit crab himself into the Oval and it will be ugly. Our democracy is strong, it will hold. It will strain and tear but I believe it will hold.

What is the strangest dream you’ve ever had?

I had an amazing dream that I was flying over the savannah and thousands of animals were running in droves and I was flying with them and it was an exaltation.

Lastly, what does the world need to change?

Well it seems like western civilization is hitting another bottom and is either going to go into recovery or die. Our country is a very sick addict. Hopefully it will receive grace.