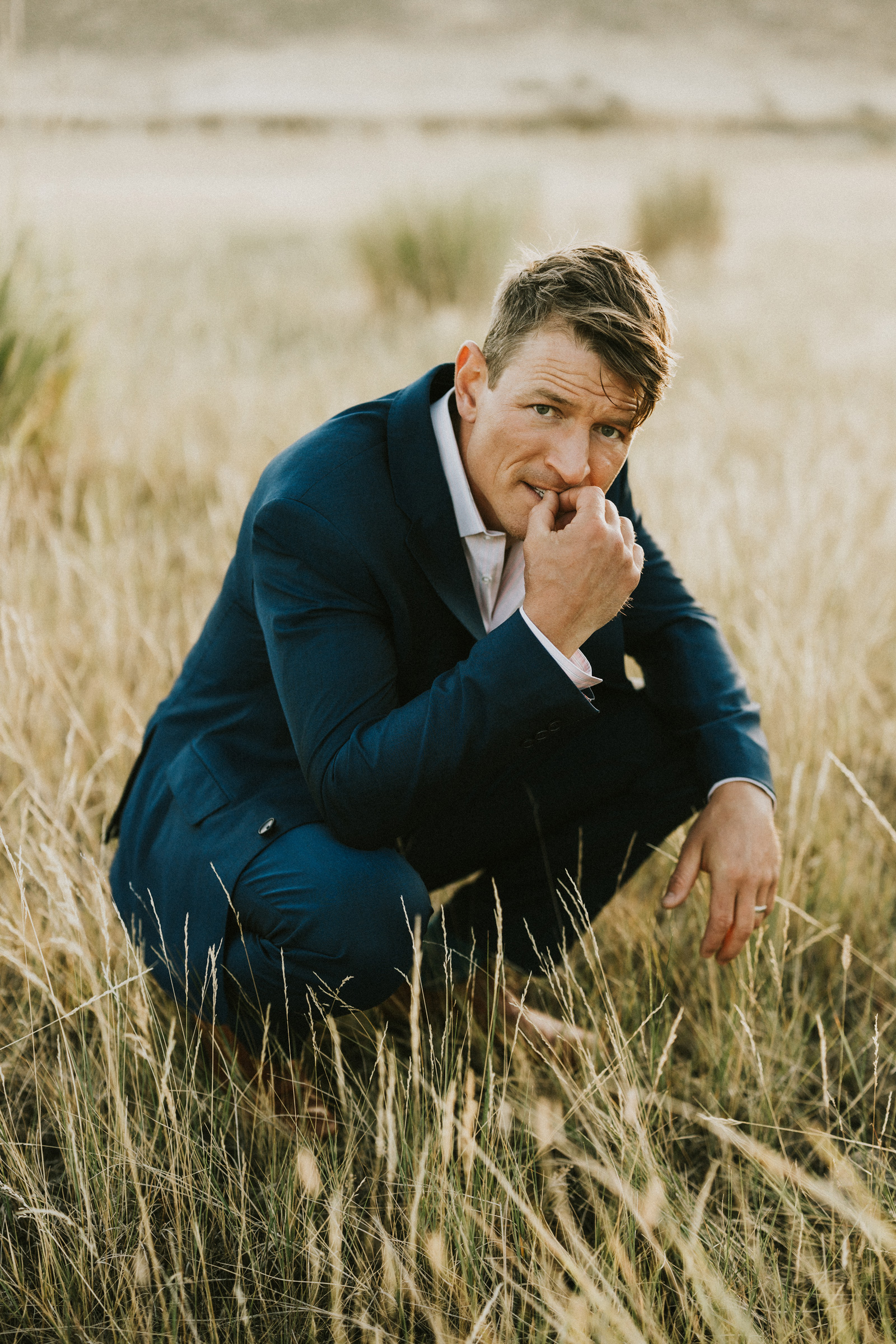 I'm doing well, thank you. All things considered this has been an encouraging year for me and my family.

The world is slowly starting to get out of the Covid-19 pandemic lockdown measures. How did you experience the lockdown? Did it drive you crazy or was it a welcome break from everything?

It took some getting used to but the bulk of lockdown was pure family time. We sat down as a family for three meals a day the first few months. Lots of morning walks and many trips to the imaginary pub we named "Charlie's Best Pub." My eldest daughter is named Charlie. The pub could be on the kitchen floor or on the back deck if the weather was nice. We also watched a lot of television. We probably wouldn't have if circumstances were different. I also read through the complete Roald Dahl works several times with my eldest. It was the strangest gift of uninterrupted time and experiences with my kids and wife. I really enjoyed it.

You star in the upcoming film Rogue. Can you tell us something about it?

Sure. Megan Fox leads myself and a kick ass South African team of actors, all playing hired guns, into a snatch and grab mission. As these things tend to do, the mission is compromised and we find ourselves not only fighting off a team of baddies but a rogue lion hell bent on taking us out one by one.

How did you prepare for the role? And what drew you to it?

My good friend, MJ Bassett wrote and directed the film. Early on she asked me to have a read of the script and look at the role of Joey. Little did I realize she was actually offering me the role. We went back and forth on the phone a few more time before it was clear to me that she wanted me to play Joey. After that revelation I did some training with a few military friends of mine and started to get back into shape. When you accept a MJ Bassett movie, there is a certain amount of ass kicking you will receive... you have to be prepared for anything.

Coming off of Law & Order, how different was playing in an action-packed film like Rogue?

On the one hand it's chalk and cheese, completely and utterly different. Then on the other, it was a joy to be stepping back into a genre of film making I really enjoy.

From Law & Order to Strike Back, you've been in shows with massive fan bases and you've experienced everything that comes with it. Do you ever get used to it?

Again, it's a day-to-day thing. I'll go weeks without any mention of Strike Back or SVU and then all of the sudden folks come out of the woodwork. My wife and I like to joke that we can always tell when the re-runs are on!

We took a look on your Instagram and there's loads of stunts you did for Strike Back. There's a post of you hanging off a high-rise in Bangkok. What was the thought you had at that very moment?

"Take the damn picture so I can get back to your side of the wall!"

You grew up in Montana and you've lived in London so you've seen both sides of the pond. Where do you feel most at home?

Before kids, I'd have to say London. It was a place of such change and growth for me as a person. My grandmother took me in and let me live at her bed and breakfast for years while I completed drama school. I will forever cherish those years and that time with her. Since having kids though, my wife and I have carved out our own life and new rituals and traditions. Montana is once again home — for now.

You have the very rare characteristic of coming off as extremely British when you speak with your British accent but then you're almost the epitome of the American man when you switch back. How natural is it for you to go back and forth? And have you reached a point where you have to actively pay attention to how to properly pronounce things in one accent or the other?

Growing up with an English mother gave me a good ear and I was able to joke around and do accents as a kid. Fast forward to going to drama school in London back in 1999 and I was told that in order to work in the UK I would have to master the British accent. I remember making a choice to speak with a RP accent as much as I could and around as many people as possible, in order for it to feel real. Now it only gets me in trouble as my wife points out I turn it on when asking for things or ordering in a restaurant... busted.

You've worked with many actors over the years. Are there actors you've bonded with so much they've become a part of your personal life?

I've been fortunate enough to work with some incredibly giving and patient actors. The two who come to mind immediately are the godparents to my oldest girl. We lived together in LA for years and stayed friends after we got married. They're just wonderful.

Looking back at all the roles you've done, who would you say is closest to your personal character?

There are elements of myself in all the characters I've played. The most accessible ones are the action roles however. I just love that world and the joy it brings when, as a team, you and the cast and crew coordinate a great fight or stunt or just make it through a MJ Bassett shoot! 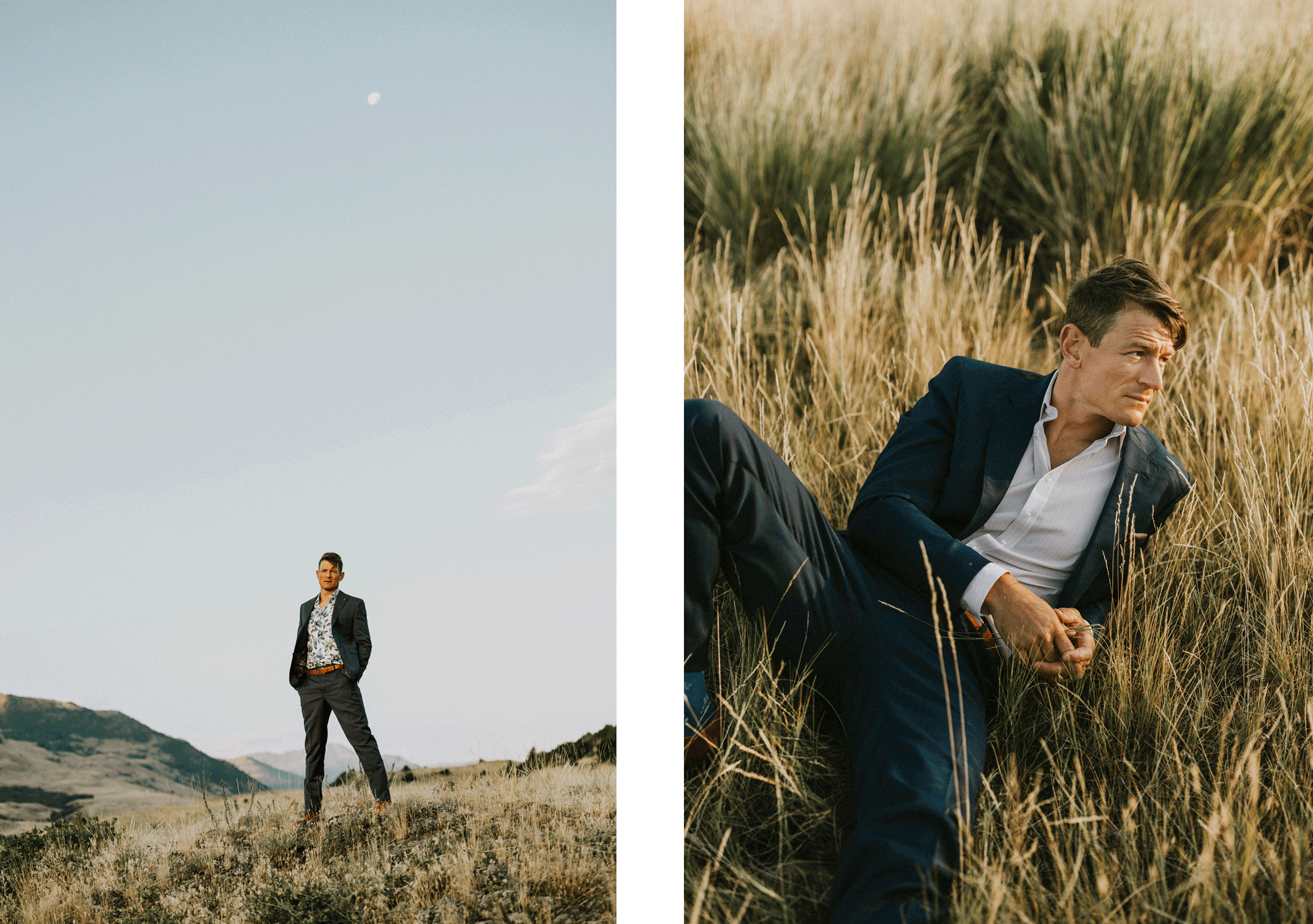 We've got some rapid fire questions for you. You can answer with what comes to mind first.

What childhood memory do you revisit often?

Running in the fields of my grandmother's farm in England.

Who has had a significant influence in your life?

How do you like your eggs in the morning?

Who would you trade places with, if only for a day?

What is the best advice anyone has ever given you?

Sort your shit out — right now

What is your favourite place to travel to and why?

South Africa.  The people and the land. It gets into your blood and changes you.

Food you could eat every day?

Anything from the BBQ

What is your favourite film?

Something embarrassing that happened recently?

Thinking I had control over who my kids would be. They come out pre-packaged. They know exactly who they are.

What is going to be the outcome of the US elections in November?

What is the strangest dream you've ever had?

The dream starts out as me walking with the disciples, as though I am one of them, and we are all hanging around in our sandals and robes, chilling. I can't help but notice how all the other disciples have amazing beards and I'm very aware of my inability to grow decent facial hair. All the sudden, Jesus walks up to me and beckons me to the nearby river. He smiles and bids me to look in the cool water. I do, and as I lean down I get a split second glimpse of a full on beard, growing on my mug, and then I wake up. I have this dream often...

Lastly, what needs to change in the world?

Well.  If we could all assume less, and listen more — that would be a good place to start. 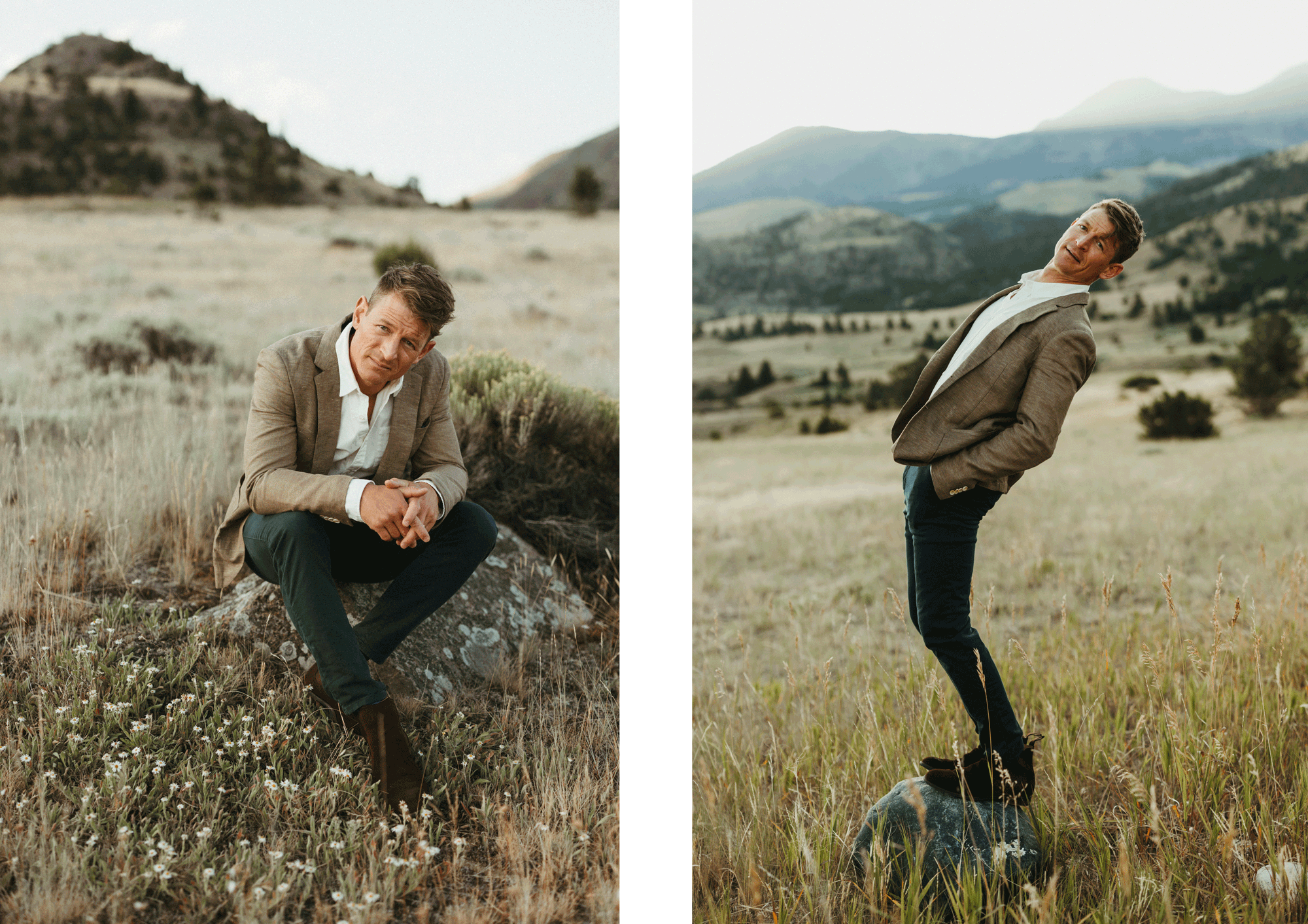