As a singer, fashion icon, heiress, philanthropist, muse to many fashion designers and friends with the likes of Alexander McQueen and David Bowie, Daphne Guinness' life is one of glitter and grandeur. Her latest album, 'Revelations', is a blend of disco, lush orchestrations and groovy Gainsbourg sounds. We talked to Daphne about her new album, fashion and life.

What is currently on your mind?

What would happen if I went straight up?

Can you talk to us about your new album “Revelations”?

Revelations is my third album. Initially I had the idea to make a disco album, inspired by the joyous hedonism of studio 54. Of course this quickly morphed into a tapestry of styles including formative musical influences from my childhood. My older brothers would play post punk bands such as Television and the radio was playing ABBA which to me was perfect pop. We recorded in Les Studios Saint Germain in Paris which infused the album with a certain ‘Gainsbourg’ atmosphere.

If you could describe the album in one sentence, what would it be?

An existential journal delivered in the medium of words and music.

How does Revelations compare to your previous two albums? And how do they reflect the different periods or stages of your life?

I suppose each album reflects, to an extent, the state of mind I was in when I wrote them. The first album ‘Optimist in Black’ could be seen as a therapeutic exercise in dealing with loss. By the second 'Daphne and the Golden Chord’ I wanted to explore my rise from the darkness. ‘Revelations’ is the apex of the triangle, full of contemplation about our current times but also the notion of hope in the way human beings can cast off their fears in the face of impending crisis and live in the moment. You can really dance to it!

How was working with Tony Visconti and Malcolm Doherty again? And how important is that long-time relationship in creating an album like Revelations?

Tony is a Genius, He allows me to be myself and he has a great sense of humour. Malcolm and I have a kind of magical writing process, I try to channel ideas and he tries to catch them! Tony, Malcolm, myself and the rest of the band Paul Cuddeford, Terry Miles and Alex March as one all share the same sense of fun, so our sessions are always full of laughter.

The music videos of Revelations directed by David La Chapelle, another long-time friend, are a work of art. How does something like that come about? Where does your vision end and David’s vision start?

David is a crucial piece in the puzzle of my creative family. We have been working together on art and fashion shoots for years and he is like a brother to me. He really understands music and we always effortlessly create a symbiotic aesthetic. The first video we created together was ‘Evening in Space’ then the Revelations trilogy. It’s all about sound and vision and we complement each other perfectly. We are about to release the next piece in the series — watch this space!

Can you walk us through the album?

A nightclub of my imagination… Everything goes in The Deviant Disco. The place we go to in our minds when we're lost in music.

Trapped in a world which is a twisted hall of mirrors. Smart phones,Tablets, laptops. I wanted to contrast post punk guitars with beautiful sweeping orchestral arrangements which Tony V facilitated beautifully.

Forget your troubles and dance! This one is my call to the dance floor. Music transcends politics, religion, race, gender… Pure disco joy!

The song came to me in one long stream of consciousness. It wrote itself. It’s about the terrible choices humanity has made and where have they got us.

Lyrically I’m playing with French and English. There is a Morricone soundtrack influence in the arrangement, if Morricone did disco. The Ocarina is played masterfully by Tony Visconti.

Blow up is an imagined revolution against people being mesmerised by their devices and blinded by their screens.

I think this song is a subconscious allegory of the collapse of the American dream… but who knows? Once again, sublime strings from Tony.

A comment on societies’ current obsession with everyone else’s business via mainstream and social media. We are constantly and simultaneously informed of both people’s deepest feelings and the utterly mundane.

Bowie was a huge influence on me. He mentored and encouraged me to pursue music and introduced me to Tony Visconti. The bright white stranger is his continual spiritual presence.

I became fascinated by the planet Neptune, it is very peculiar in many ways. I like the Idea of us being influenced by the magnetic resonance of distant planets.

This song encompasses a lot of the influences on this album. Stylistically, it’s a joyous hybrid or reggae, post punk and disco.

We've got some rapid fire questions. Just answer with whatever comes to mind first!

What do you eat for breakfast?

What song from Revelations resonates most with you?

They all do — they are aspects of me.

What childhood memory do you think back on more than you like?

I have lots of happy childhood memories — walking up the mountain in Cadaqués with my Dad.

Who has had the most significant influence on your life?

My father and my family.

Are you a spiritual person? If so, how?

I believe that God is everywhere and in everything, within us and without us.

What moments in your life do you count as blessings?

As someone with an impeccable and iconic style, what does fashion mean to you?

I don’t have a philosophy of fashion. The way I dress is an extension of who I am. My style exists beyond brands and corporations. I believe that what one wears and how one presents oneself to the world can be both empowering and expressive.

What is the most cherished item in your closet you could never let go off?

Who would you say have influenced your fashion style

What items in fashion history do you find most iconic?

Where do you find inspiration for your music?

I find inspiration for music in everything. I once wrote a song about a fire extinguisher.

What is the best piece of advice anyone has ever given to you?

Be kind, be respectful and never assume.‍

What is your favourite travel location? And what can you recommend there?

Antarctica — the penguins are brilliant and the scientists at the outposts are incredibly interesting.

Lastly, what do you think needs to change in this world?

The Human race needs to take responsibility for environmental change before it’s too late. 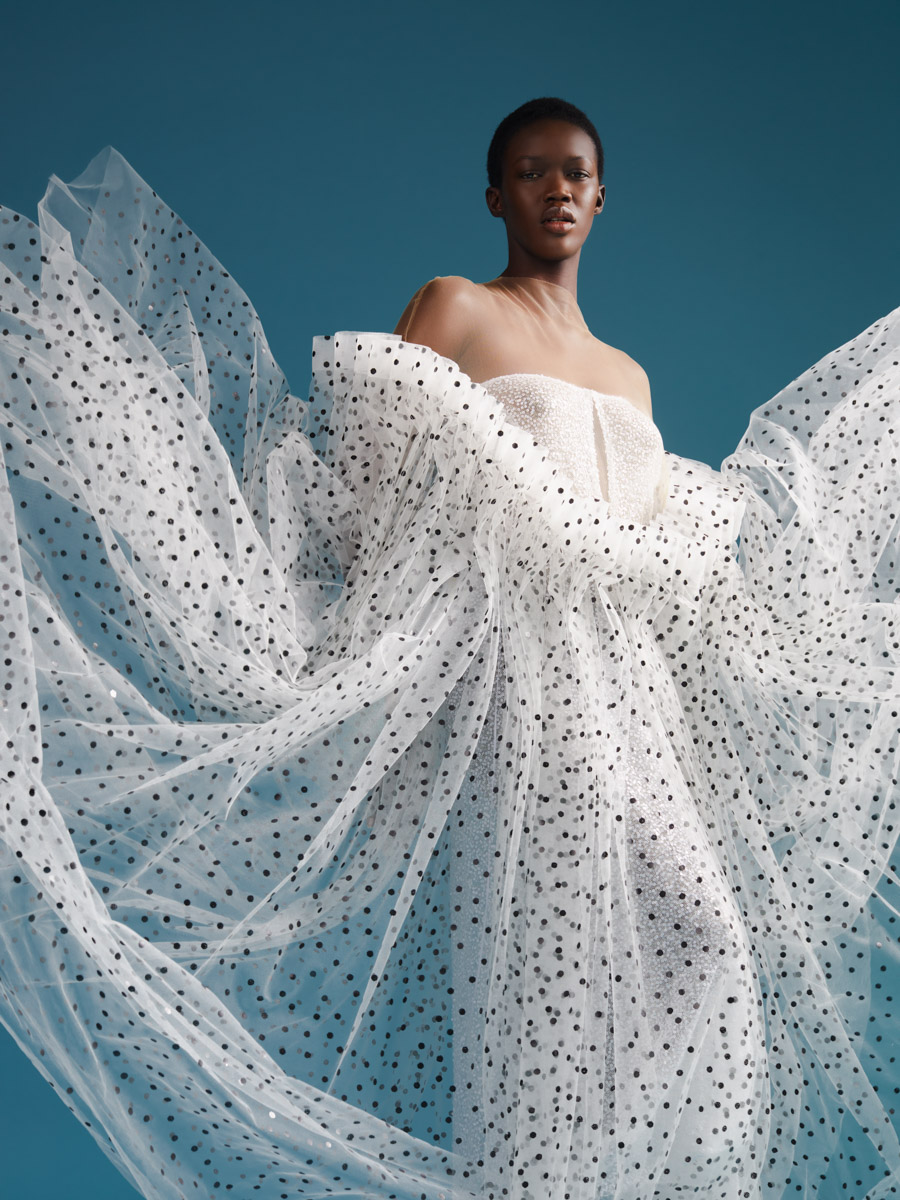 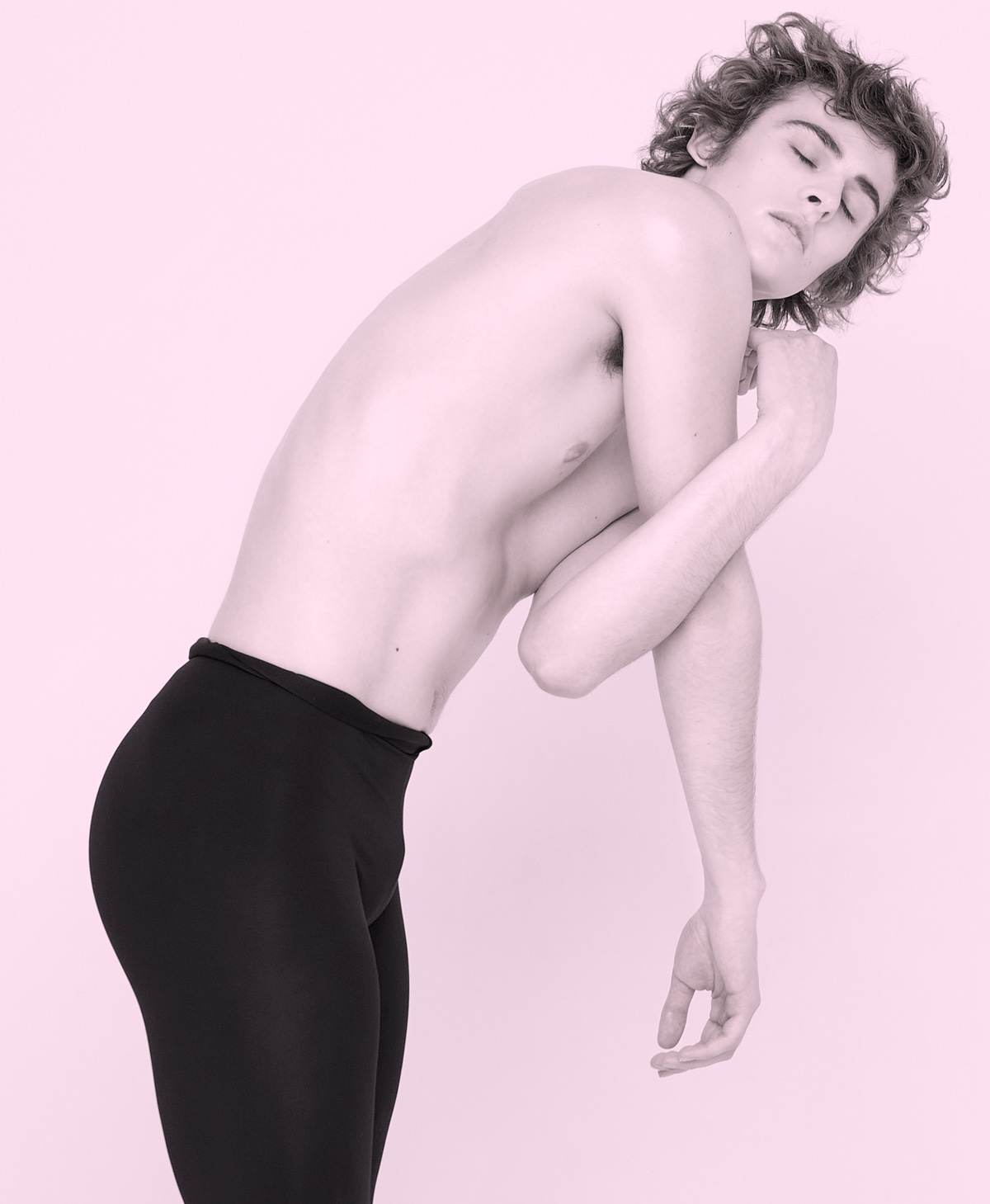 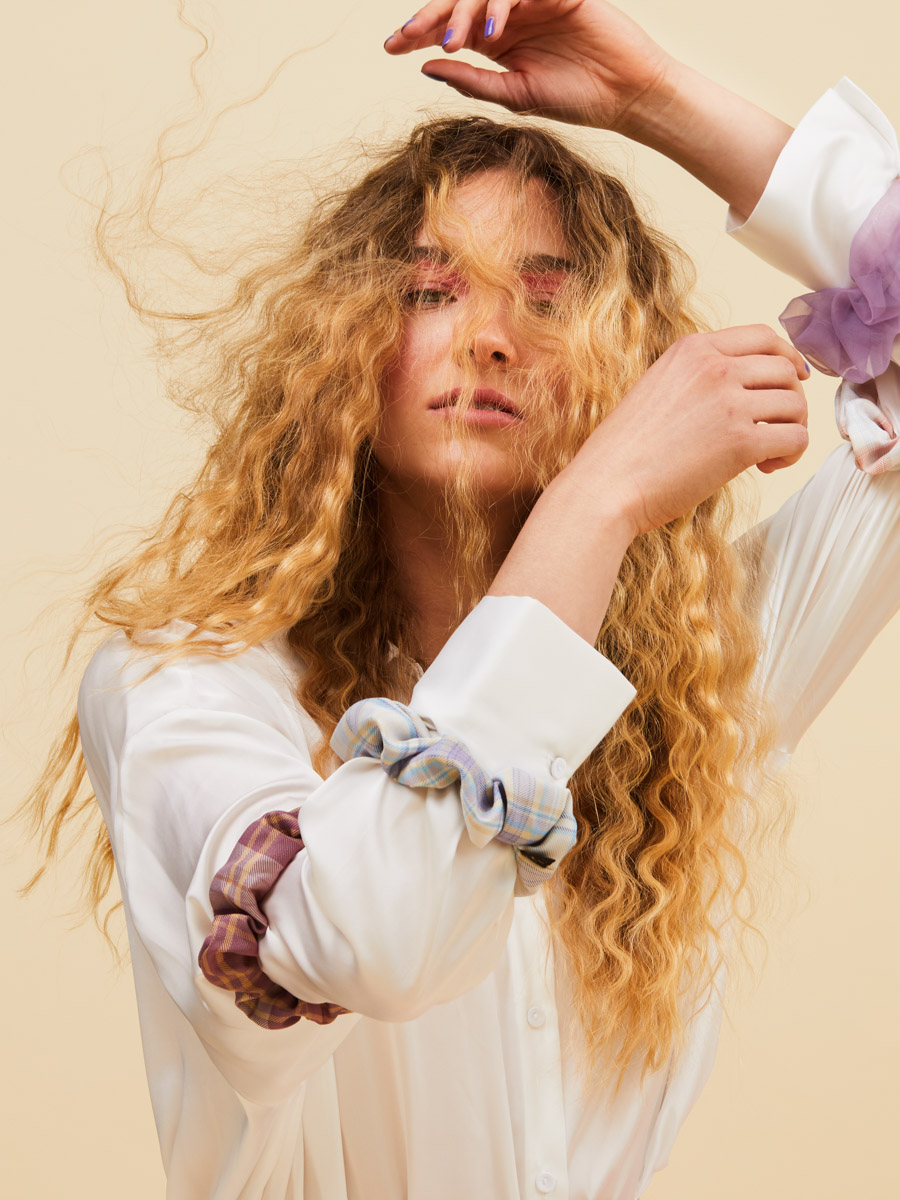 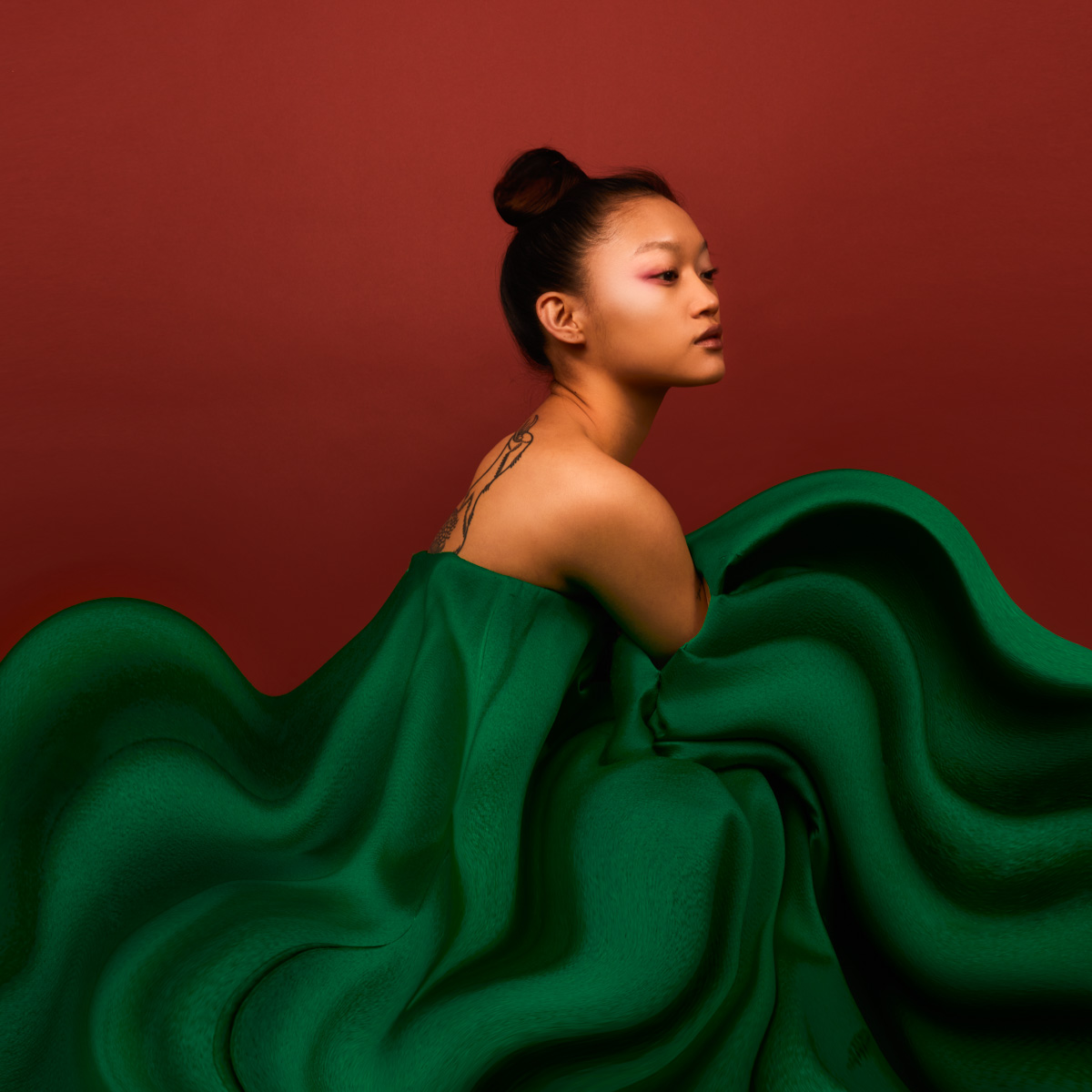 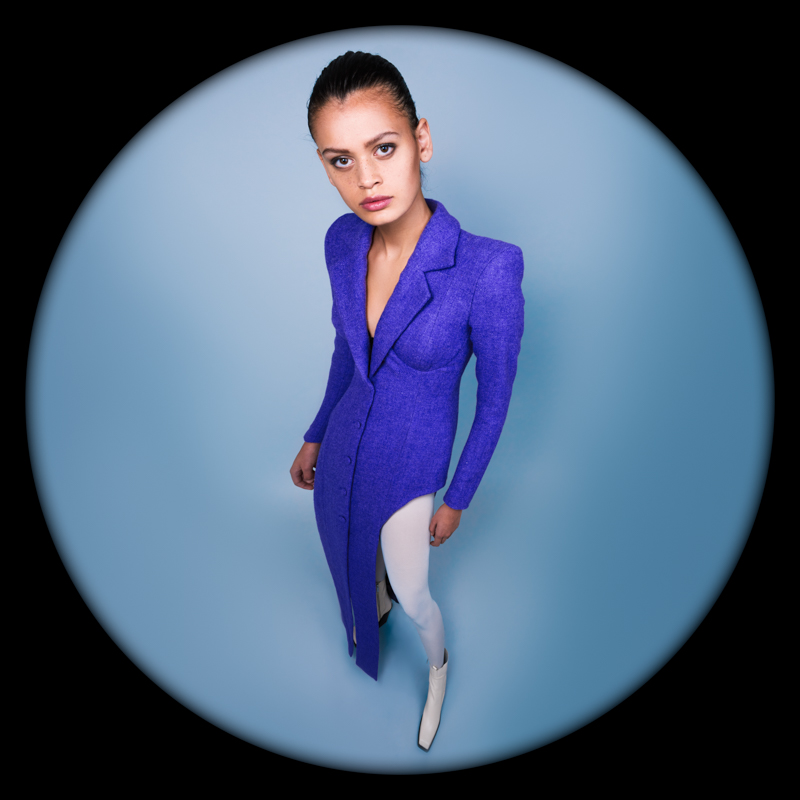