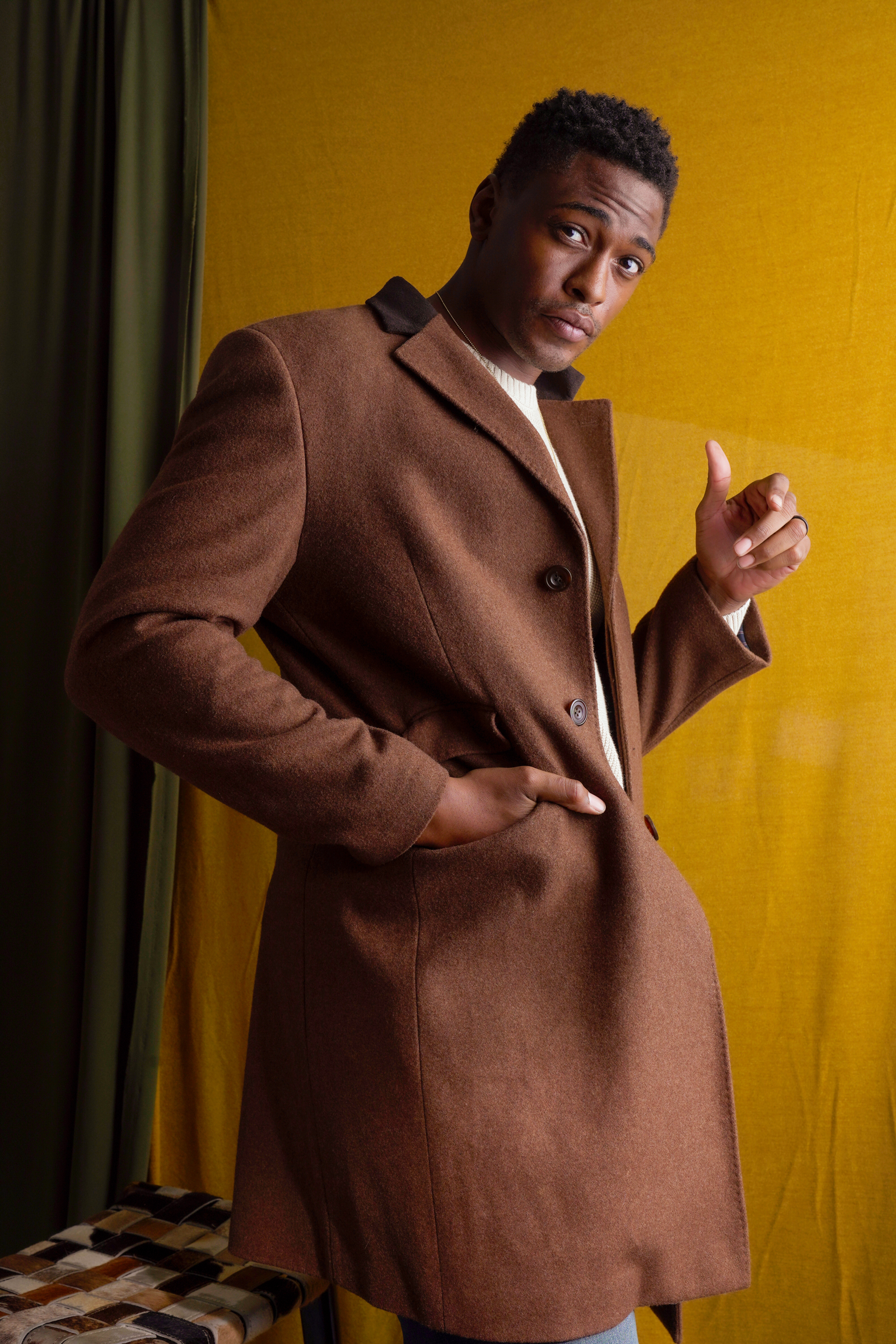 I'm doing well in this crazy world, thank you! I've been able to find a calm workflow in quarantine, spend more time at home with my wife, learn new recipes and get in touch with myself more than I have in years. It's all so crazy right now but crazy is modus operandi for most artists anyway, rolling with the punches as we do.

You star in the upcoming film Jingle Jangle. The first previews of the film look impressive! Can you tell us something about the film? How was it working on a big production like this?

Big are small, being on set is always a magical place for me but this particular set was something even more. Yes, the budget of this production was generous but the magic that everyone came to set with could be felt even if we were to perform this in a black box theatre.When you take that passion and pour so much value into cultivating a truly beautiful world it elevates everything on the page. The impressive sets like the main town square set piece mimics a real town in Norwich where the film also shoots and it truly is masterful how they can recreate something so sprawling in scale on a soundstage. Fun fact. That soundstage was a converted airplane hangar on an old military base an hour outside of London.

Can you tell us something about your character Jeronicus? What drew you to the role?

The song! I perform "This Day" for the film and when I first heard that song I felt a strong connection to it. Phil Lawrence and Davy Nathan wrote a song in a great key for my voice and the lyrics felt like I had written them personally. During the audition process I went to Harvey Mason Jr's studio and recorded a version of it surrounded by all these platinum and gold plaques standing in front of a microphone inside of a booth where greats have sung before me. There I was singing a song that felt personal saying how my "whole life I waited for this day". I felt like I was already accomplishing a dream and I had yet to even be cast. Jeronicus was a genius toy maker and he was written very open for me to bring my eccentricities to the character. I could see in the writing that David Talbert was a fan of Dickens and Gene Wilder's Willy Wonka and so was I! I wanted to bring all those quirks to the character and David allowed me to form my own Jeronicus and build it out together with Forest over a few meetings. Honing in on our quirks and finding different things to capture his through line before we shot the movie.It was filmed in chronological order, so we had to be specific. 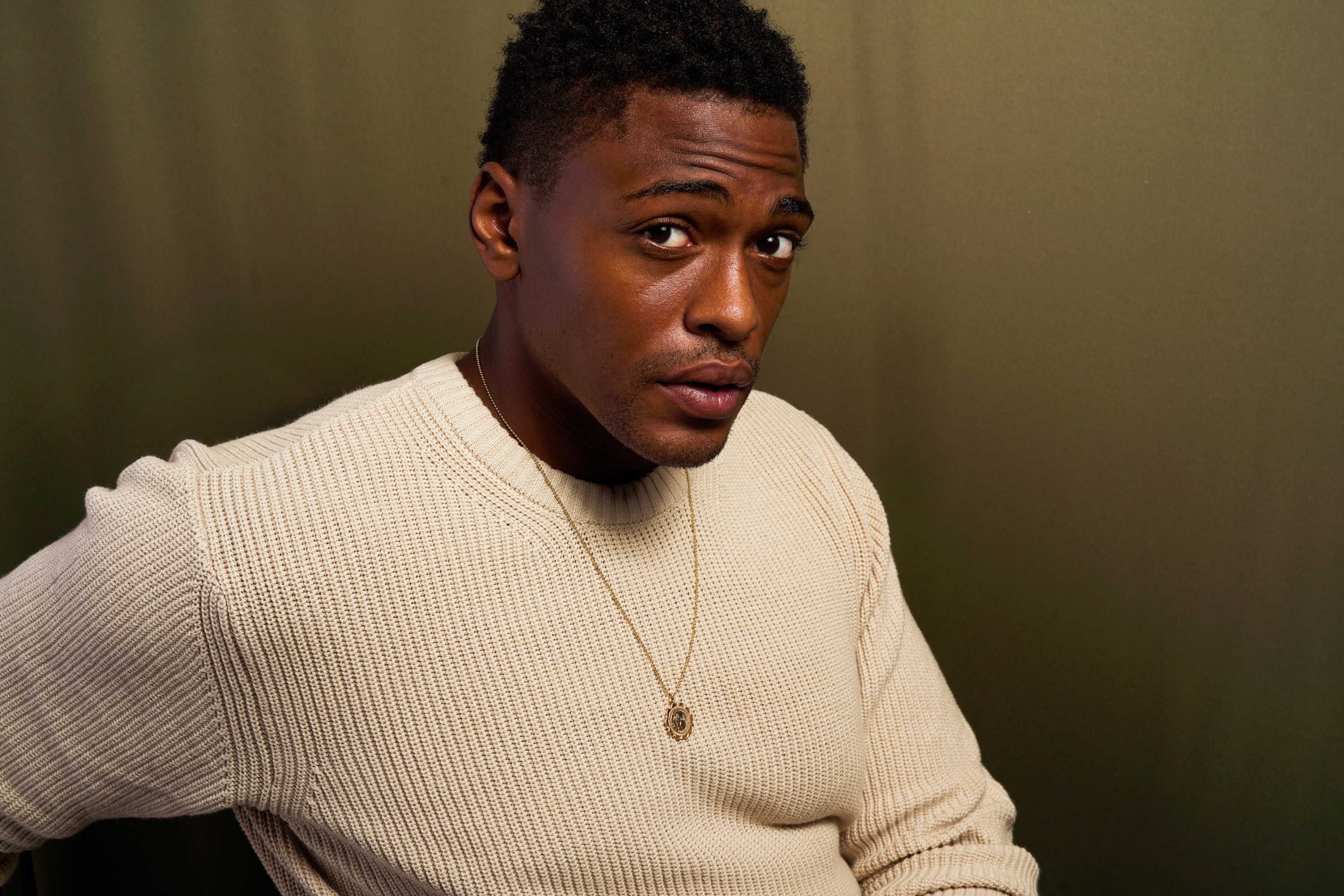 How did you prepare for the role? And what was the biggest challenge playing Jeronicus?

Preparing was fun and pretty tough. We had almost a full month rehearsal for dancing and music. Having to sing the song again and again with vocal coaching, my voice definitely got soar at one point but it was exciting to go from studio's in LA to studio's in London and learn the amazing choreography put together by Ashley Wallen. He and his team are just some of the best in the biz. He also choreographed " The Greatest Showman" so you guys are in for a real treat! I wanted to have a little belly and a little more roundness to my face for the role. I wanted to match Forest a bit more and give myself that jolly look I know I get when I put on about twenty extra pounds. So I ate pizza and fried chicken sandwiches and gained the extra weight which made running, jumping and dancing kinda tough. But looking at the film it totally plays well andI'm happy I went the extra mile. I love pizza so it was kinda the best part.

In Jingle Jangle you star alongside an impressive cast. From Forest Whitaker, Keegan-Michael Key to Hugh Bonneville and Anika Noni Rose. What was it like working with them? Does it ever stop being intimidating working with big names like that?

Every single one of the artists in this film was an absolute joy to work with. I worked with Bill Paxton in my first big outing and he took it upon himself to demystify this industry for me and we became great friends. He took me around town and introduced me to so many people that by the time I got to work with some of them, I'd already met them and had several conversations.With Keegan-Michael Key for example we had a great conversation about our love of Shakespeare some years back. He was a big fan of Bill Paxton and he came up to us at an event wanting to give his appreciation to Bill. Here I am, such a big fan of Keegan and Keegan is coming up to us because he's such a big fan of my friend. We landed in London on this project together and when we saw each other again we just laughed and cried about Bill and it felt like he was there with us for a moment. I guess I'm less intimidated these days and more excited. I feel like the little brother, especially with Forest, who studied everything you did your whole life and wants to show you what he can do. 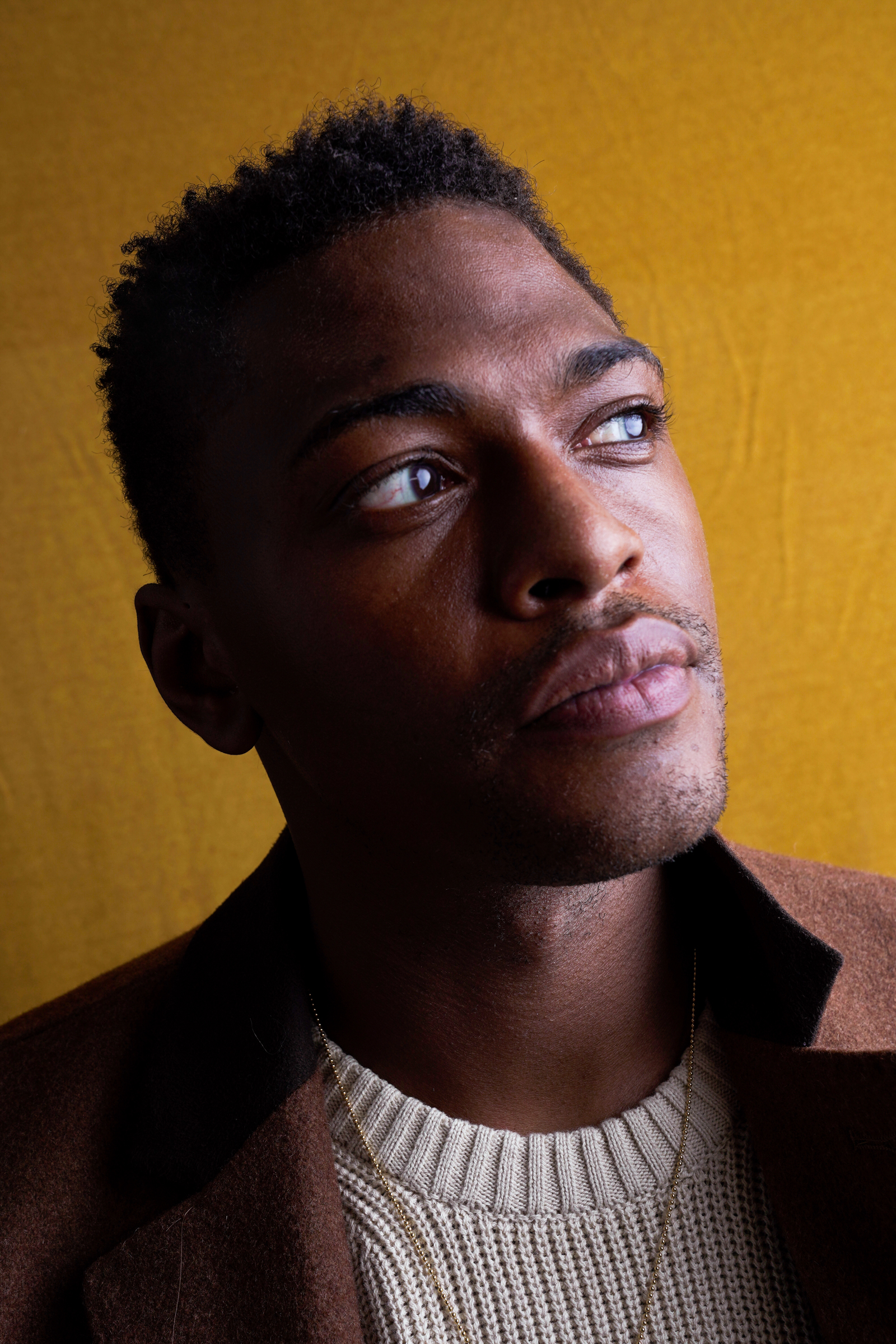 What were your favorite holiday movies growing up? And how will Jingle Jangle compare to it?

I'm jealous. I'm absolutely jealous! Jingle Jangle is my favorite holiday movie and it's not fair that kids get to grow up with this movie and I didn't! This movie is going to be playing every Christmas in my house for as long as I'm around. Other Christmas movies that I absolutely loved were movies like "The Santa Claus" I love the original "Frosty The Snowman" movies andRudolph and "the Grinch" cartoon movie as well. I also don't mind a good dark comedy Christmas movie like Scrooge, Elf and Bad Santa.

What project are you working on next, can you share anything about it?

I'm talking to several directors at the moment. Trying to figure out how the things we have on hand can be accomplished. the shifting sands of the current world factor into a lot of upcoming things. I'm developing some exciting scripts exploring stories of struggle and triumph as well as dipping my toes in the animation world. Stay tuned! 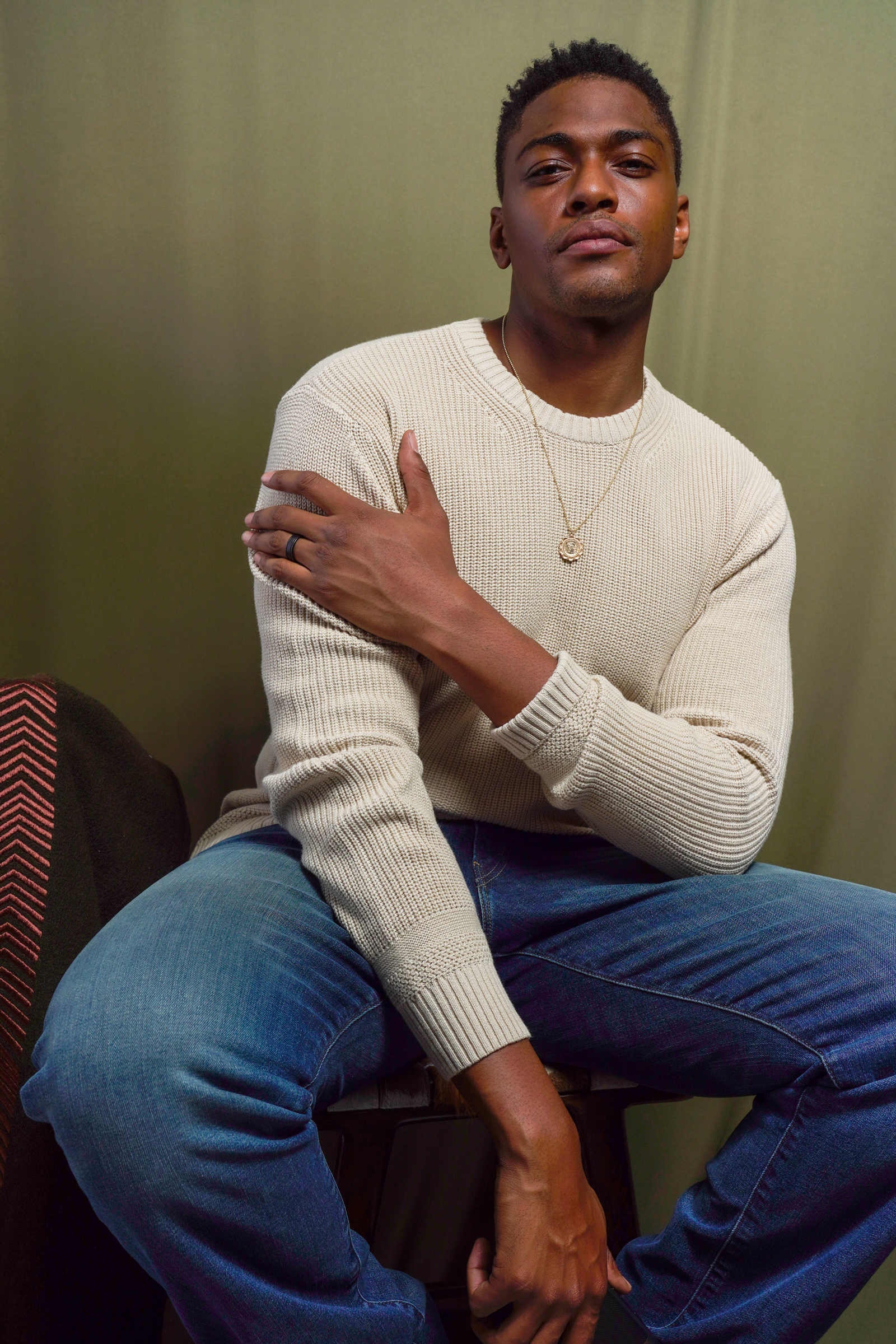 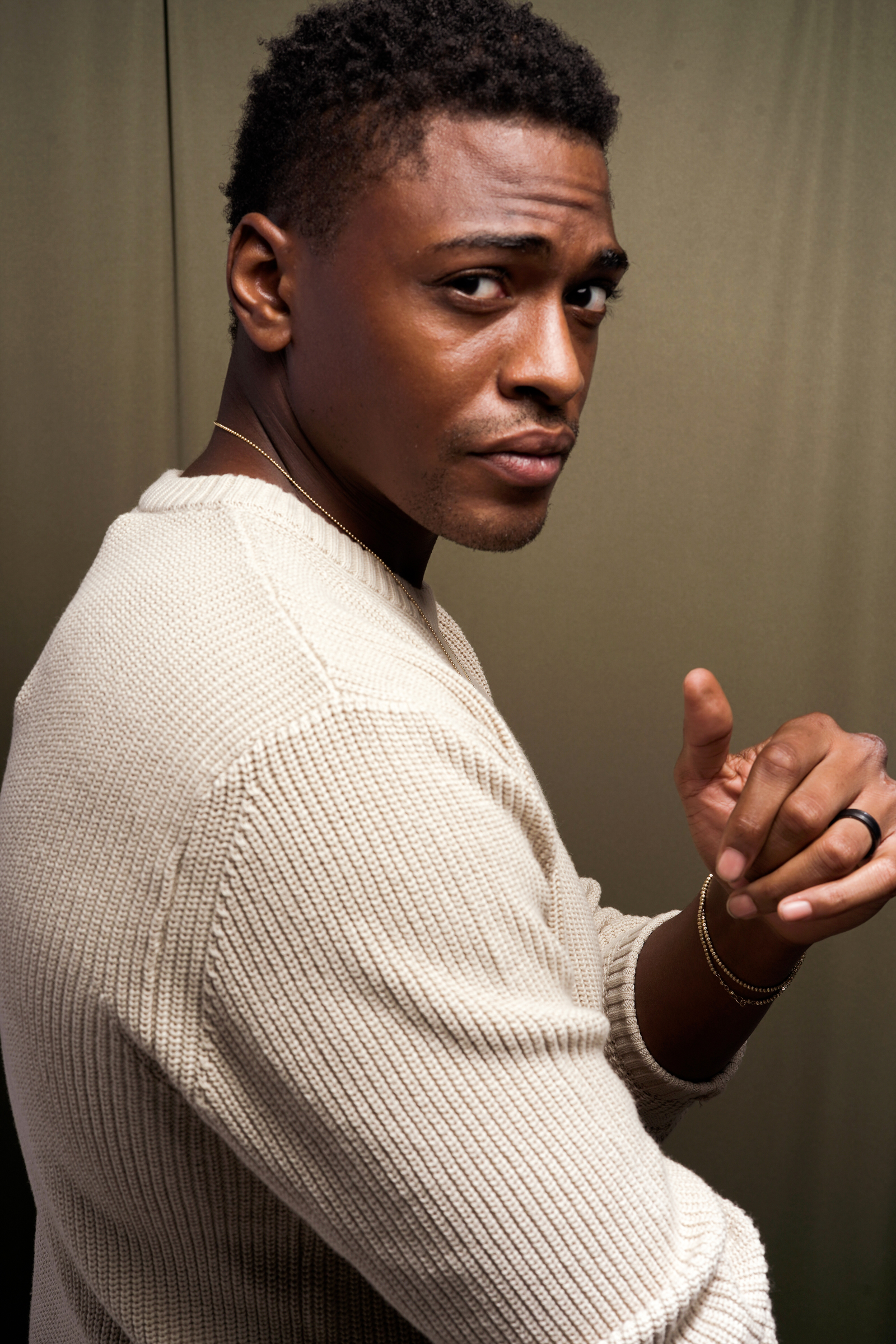