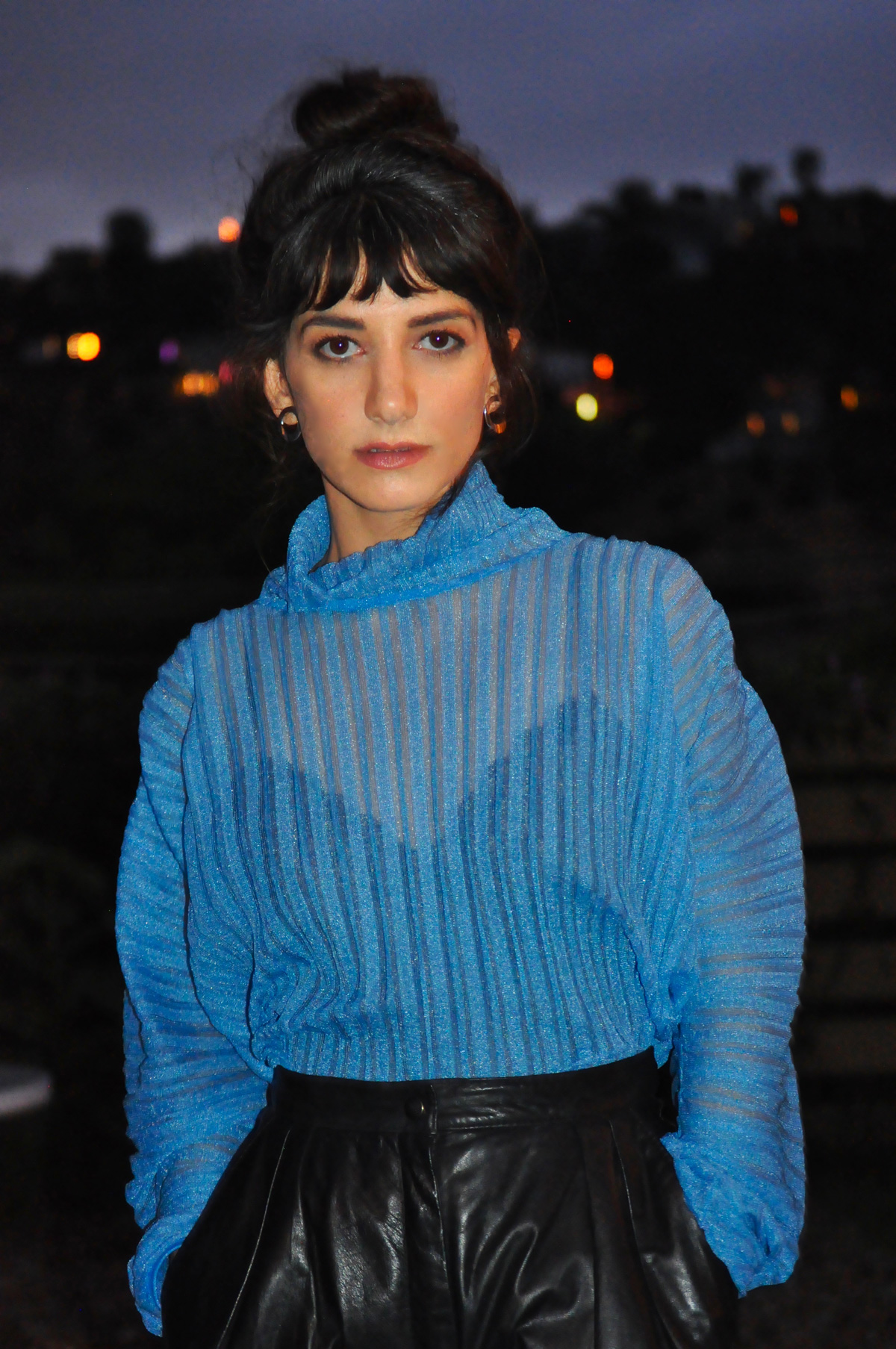 Tell us about your project

The Rental is about two couples who rent a vacation home for a weekend, but when they find hidden cameras in the rental house, everything unravels into a complete nightmare. It's fun because the movie is a little bit relationship drama, a little psychological thriller, and a little slasher horror all in one. It bends the genres and plays on a lot of very real paranoias we all have about trust and privacy.

I was excited to play Mina because she's a strong, smart, Middle-eastern character and I don't think there's enough representation like that onscreen. Mina's not a perfect person, but I like that about her too. She's complicated and vulnerable even though she's also decisive and outspoken. She goes through a lot in the movie so it was fun to have a big spectrum of emotions to play with. I had a lot of fun playing this part.

What was your experience working with the cast and crew?

It was the best! Every single actor in this cast is so talented and great to work with. We got to know each other pretty well since it's a small ensemble and we were working in a remote, little town. So we built a great chemistry offscreen that I think carried over into the film. Our whole crew was incredible too! Dave Franco put an amazing group of people together and I know it was really important to him that everyone had a good vibe beyond being talented at their jobs. He really vetted every single person in the cast and crew to make sure everyone was cool and I think that's why we all had such a memorable time making the movie.

How do you approach projects you get?

It really depends on the role and the director. Everyone has a different process so you do a bit of a difference dance with each director. But in general, I'll read a script several times until I feel like I have a strong idea of my character and then I go about trying to construct that person. I think about how they move and talk, how they feel, where they come from, what they wear, what they like....I dream about meeting them out in the world. And then once I know my character, I try to create an interesting, nuanced journey for them based on what happens in the script.

What is next after this, can you give us a hint?

I'm starring in Shirin Neshat's next feature film, which we're planning to shoot as soon as it's safe to get back into production. The film is a surreal and satirical meditation on the American Dream. It feels extra poignant to be making it right now. I'm really excited to be working with Shirin again because she's one of my favorite artists and I think she's cooking up something really special with this film.

What is currently on your mind?

Mostly coronavirus, racial justice and politics. I'm an American and we're struggling hard with all of those things right now. I'm hoping every American gets the chance to vote in this year's election and does it. Our country is in a really bad place right now. We all need to make sure our votes get counted.

If you wouldn't be where you are now, what would you be doing?

I'd be on a boat somewhere lying under the sun.

How did you experience the lockdown?

I spent the first few months of the pandemic out in the middle of nature. First in the desert, and then in the mountains. It was beautiful and grounding, but I'm back in the city now. It's nice to see other human beings again and to feel the energy of my city, but we'll see how long it lasts. I'll probably disappear into nature again soon.

Hah. I feel like this question is trolling me. 2020 has mostly been devastating so far, but there has also been a lot of progress pushed forward by the traumas of this year. Our society has been sick for a long time, but this year has really forced us to take a harder look at it. In some ways, it's exciting to live through this moment of collective cultural reckoning but I feel like we're still very much in the thick of it. I just hope we see some lasting change on the other side.

What do we need to do for a better world?