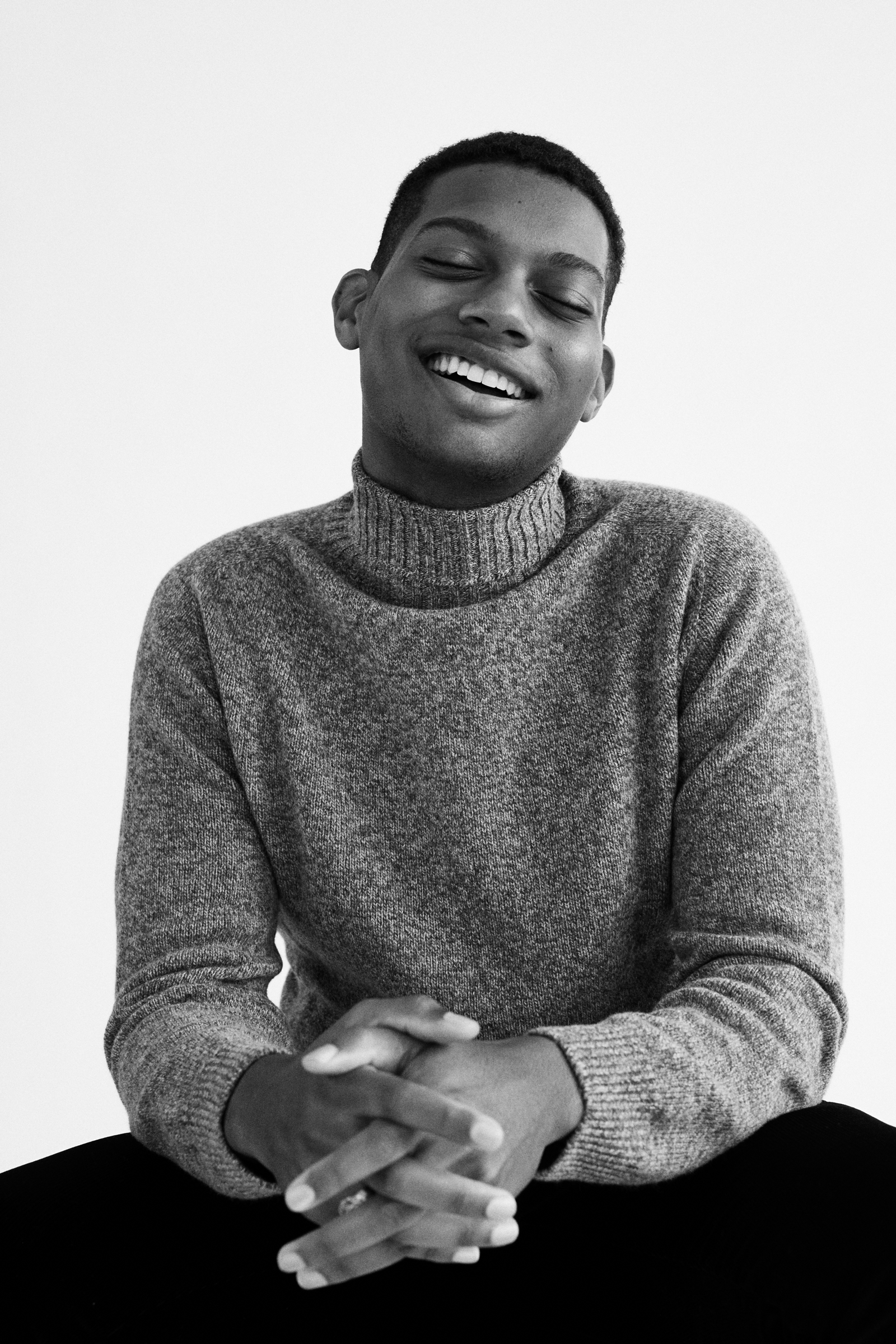 I appreciate you asking — this is the toughest question to answer nowadays. I'm okay, I'm taking it a day at a time and keeping my loved ones close. I am in good health and so are my people, thank God. Emotionally, it's been a taxing year and I think a lot of folks, including myself, are just ready for some systemic change.

You've got a lot of projects out. Can you tell us something about The Last Shift?

I think the movie is a dose of medicine with the spoonful of sugar to go with it. A powerful, timely message that we all need, coupled with comedy and lightheartedness.

It was priceless. He's a genius and, on top of that, one of the kindest people I've ever worked with. It was remarkable to see the way he created Stanley and all of his mannerisms and get to play in the space with him. We also spent a lot of time together off the set, eating Portillo's beef sandwiches and hotdogs with the glowing relish, talking life and laughing. There was a lot of laughing.

How would you describe your character Jevon?

Jevon is a young father, a very talented writer and he feels stuck in his life. I think we can all relate to feeling stagnant during some part of our journey. He's also been failed by the system and has to try to pick himself up.

What aspect of Jevon can you relate to the most?

Jevon has a deep passion for writing and uses it as a tool to educate and hopefully bring about change. That's how I feel about acting and telling stories.

You play opposite Matthew Modine in Foster Boy. What drew you to the role of Jamal?

Yes, Matthew is another incredibly kind and talented artist. I just remember being so moved by the script and Jamal's story in the foster care system. One of the scenes I auditioned with was the rap in the courtroom. I wrote my own rap and while doing it, I broke down in the audition and was so filled with anger. I had never connected to a role in that way before where I felt like I was actually channelling the pain. I also never knew that privatized foster care is a real thing. Private companies bid on government contracts for the placement of kids. It's disgusting and so sad. I felt like this was an opportunity to challenge myself to dive into this character and help spread awareness and hopefully impact legislation.

How do you approach each role you take?

I approach it by seeing how my character is in service to the story as a whole. Where he fits into the world of it all. But different roles require different preparation. For example, Jamal in Foster Boy required me speaking with kids in the foster care system, (shout out and many thanks to First Star BGSA for their willingness and bravery) and a lot of journaling and writing raps. Playing Jevon in The Last Shift required me to rehearse in the space of a fast food restaurant. To be on my feet and go home with the smell of grease on my clothes. I needed to know what that was like.

Of all the characters you've portrayed, who would you say is closest to your personal character?

I would say Landon from After. He truly cares about the people in his life and will do anything to protect them.

Are there roles that you would really like to do in the future?

Oh yeah a ton! I would love to be in another period piece (I got to be a soldier in Vietnam in Dolly Parton's Heartstrings: Down from Dover). I love accents and I do a lot of them so it would be awesome to play characters from around the world. I also would love to play a superhero. Although, the villain may be more interesting — we'll see!